Seared Tuna with an Asian Marinade.  Seared blue fin tuna slightly cooked on the outside, and sushi grade on the inside.  Topped with sesame seeds, green onions, and an Asian flavored inspired marinade.  The flavors are unreal, like absolutely unreal.  The marinade mixed with the fresh tuna is just perfectly complimented and the marriage between the slightly cooked and sushi grade tuna is divine.  This is an excellent weeknight meal that the whole family will love.  All you have to do is get your hands on some delicious, fresh tuna!

I am very fortunate and get sushi grade tuna fresh off the boat quite often during tuna season.  My brother frequents on tuna trips and knows I am always one of the first calls when there's some meat to give out.  Nate and I prefer to eat the meat sushi grade over cooked so the first few days after we get it, we basically live on a strict sushi, poke, and seared tuna diet.  Might be a little extreme, but we sure do love our sushi grade tuna and don't let any go to waste!

Every time we get tuna, I try to find a new recipe I can create with it.  This one might just be one of my favorites I've come up with yet.  It is absolutely delicious and the flavors create the perfect marriage.

Ingredients for Seared Tuna with an Asian Marinade:

The Steps to make Seared Tuna with an Asian Marinade:

Do I have to use blue fin tuna?

Nope! Ahi tuna is another great choice which is a yellow fin tuna!  I don't personally notice a huge difference between blue fin and ahi tuna, but I know ahi is typically the choice for sushi and eating it seared.

Where do I get fresh tuna?

You can contact your local seafood market to ask if they have sushi grade tuna.  Make sure you ask how old the fish is and when it was caught.  The tuna is really only considered sushi grade for 3 days after it is caught.

What are some other delicious tuna recipe I could try similar to this Seared Tuna with an Asian Marinade?

My Herby Tuna and Spinach Melt is a delicious tuna recipe to try with any extra tuna you might have!

If you love this Seared Tuna with an Asian Marinade recipe, you might also love:

Also check me out on Pinterest for more recipe ideas! 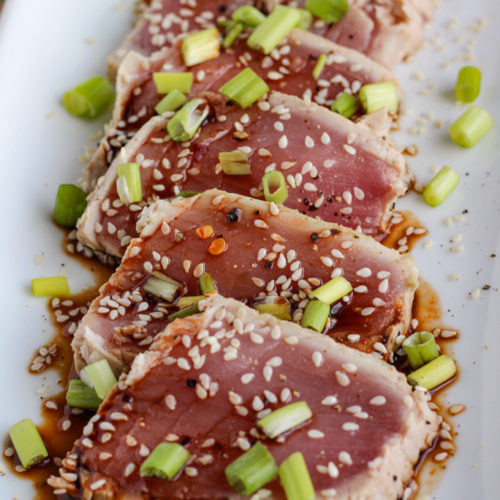 Seared Tuna with an Asian Marinade

Tuna is only sushi grade for 2-3 days after it is caught.

Serving: 3slices of tunaCalories: 335kcalCarbohydrates: 2gProtein: 28gFat: 23gSaturated Fat: 4gCholesterol: 43mgSodium: 640mgPotassium: 326mgFiber: 1gSugar: 1gVitamin A: 2580IUVitamin C: 1mgCalcium: 53mgIron: 2mg
Keyword appetizer, dinner, seafood, sushi, tuna
Tried this recipe?Let us know how it was!
This post may contain affiliate links.  By posting a product through these links, I may receive a small commission.  Please know, I would never suggest a product that I don’t use on my own and love!  Thank you so much for your support, it helps me keep The Buttered Gnocchi up and running! 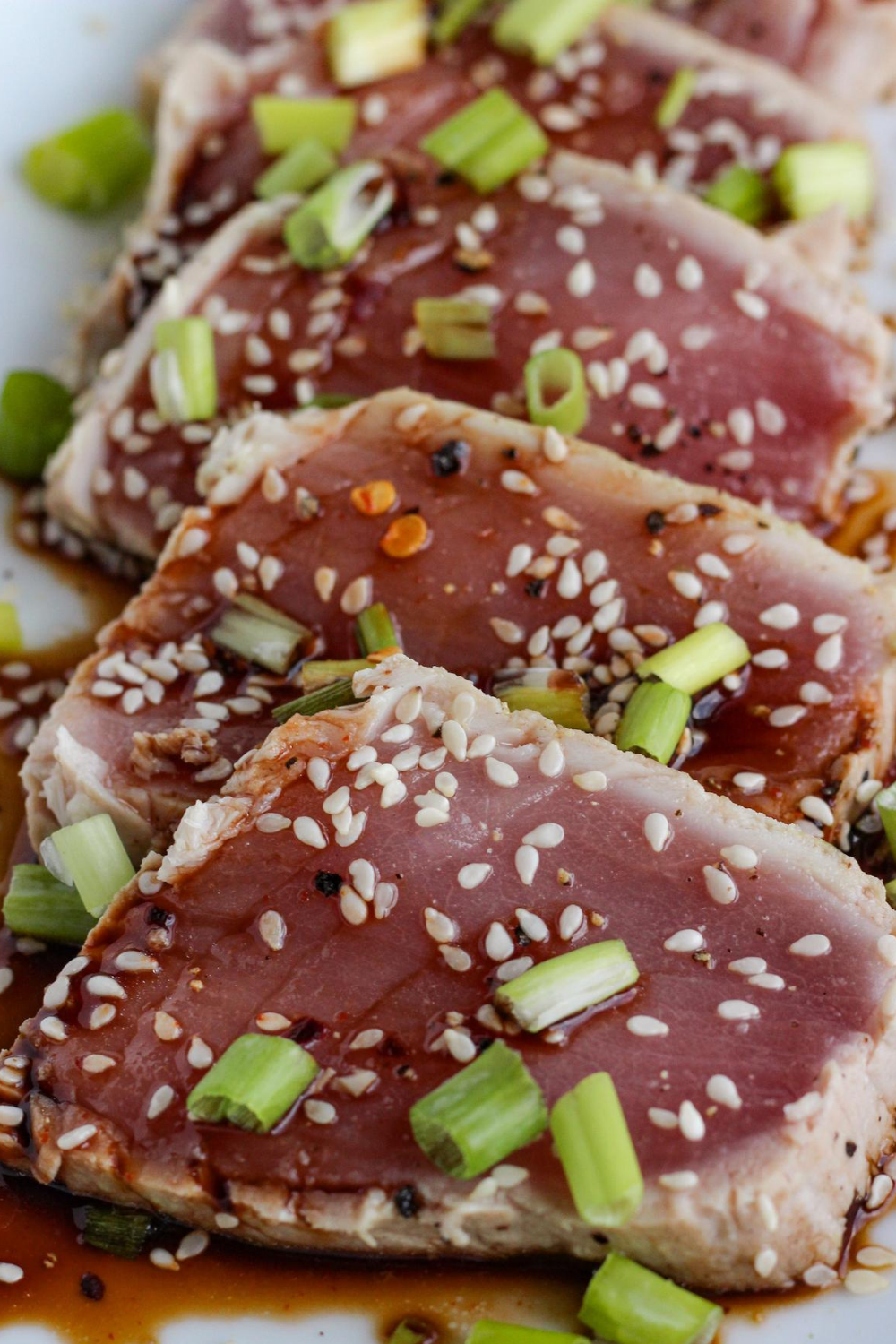 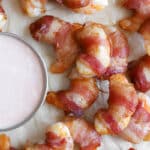 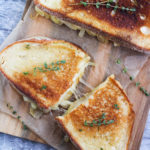 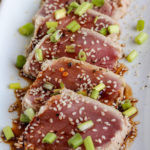 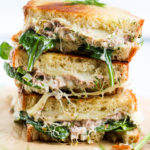 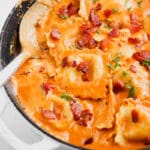